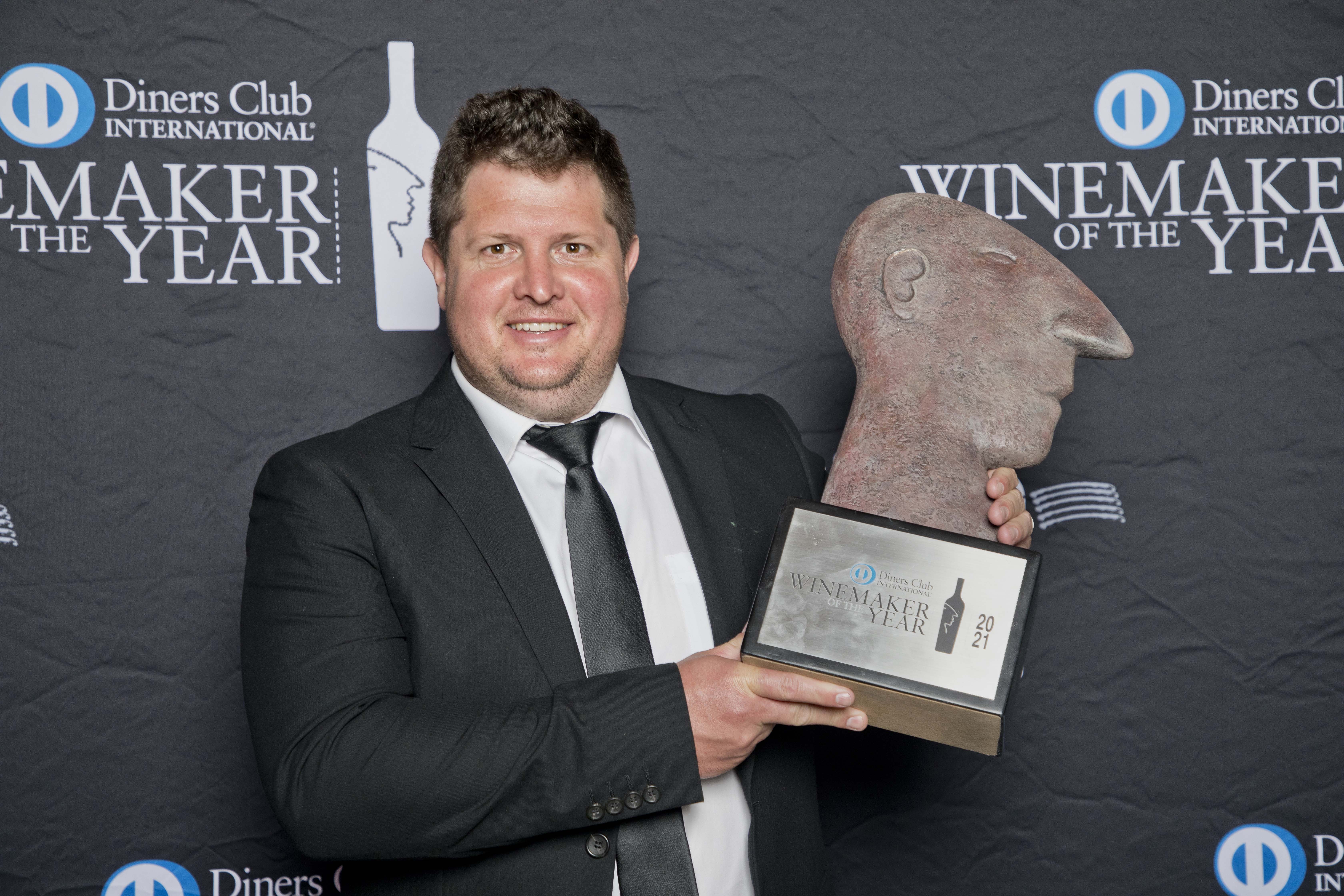 We are pleased to announce that Justin van Wyk of Constantia Glen has been named Winemaker of the Year 2021 by Diner’s Club for the Constantia Glen FIVE 2017. Justin joined Constantia Glen as assistant winemaker in 2008 and took over as cellarmaster in 2011. With diligence, hard work and creativity he controls the winemaking process from the vineyard alongside the viticulturist Etienne Southey.

The award was presented this year to the best Bordeaux-style Red Blend. The Constantia Glen FIVE 2017 is an elegant wine crafted from 32% Cabernet Sauvignon, 24% Merlot, 17% Cabernet Franc, 17% Petit Verdot and 10% Malbec, and matured for 18 months in 75% new and 25% second-fill French oak (225L) barrels. It also heralded a Platter 5 Star last week.